Art and the Feldenkrais Method® – my take on it

The creative process is a bringing together of experience, skill, imagination and you don’t produce anything except by using your body. The Feldenkrais lessons I did as a student liberated me from many limitations. It started when I began to realize that my age and injuries did not prevent me from moving in many ways that I would have thought impossible. As my movement option increased so did my options about art. I began to value my trivial doodles and began to elaborate them into “finished” drawings. It sounds clichéd, but I started to be more “free to be me”. 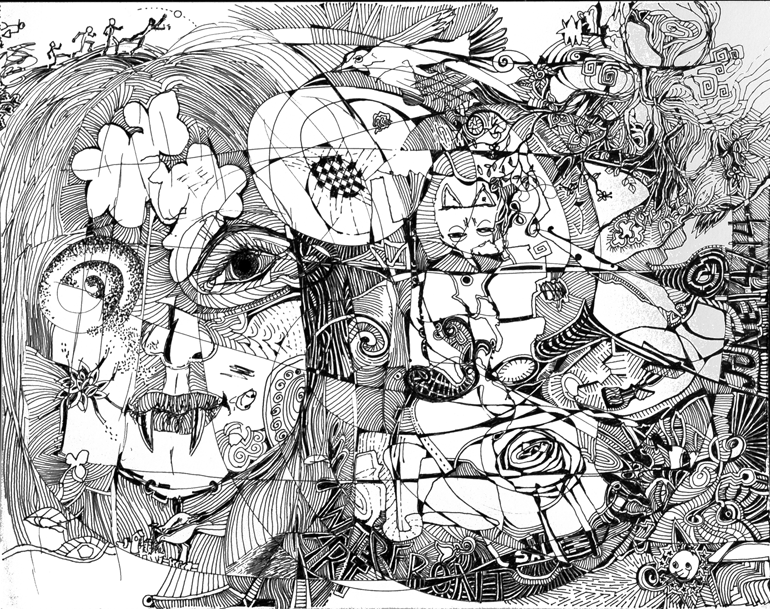 At my art booth at the 2nd Annual Waterfront Art Sale in 2014, I invited people to draw or doodle whatever they wanted on this 11x17inch sheet of bristol board. Later I did my own elaborations to unify the bits and pieces. 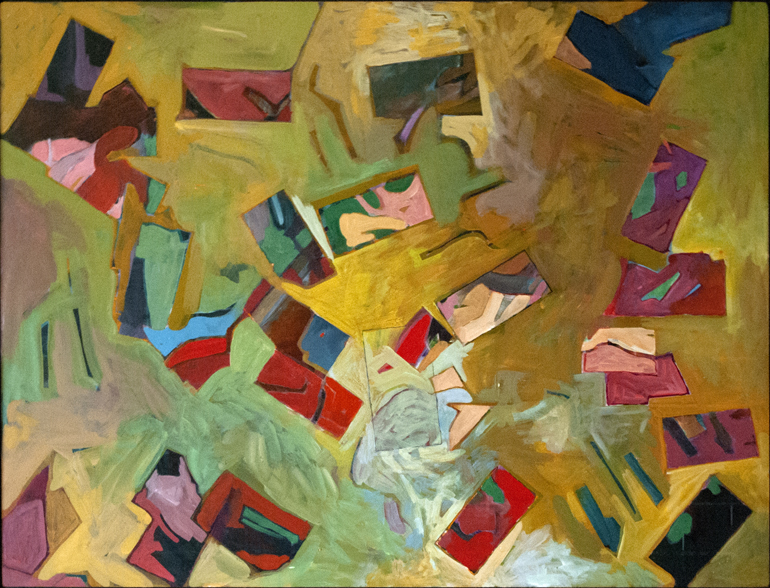 I took a “dead” painting. It had been coffined up in a closet for many years. Not very interesting to me. Put it on the floor and like leaves falling from an autumn tree I dropped paper rectangles. Where they landed I preserved the old painting and around them I worked afresh. For me, this painting is still breathing. 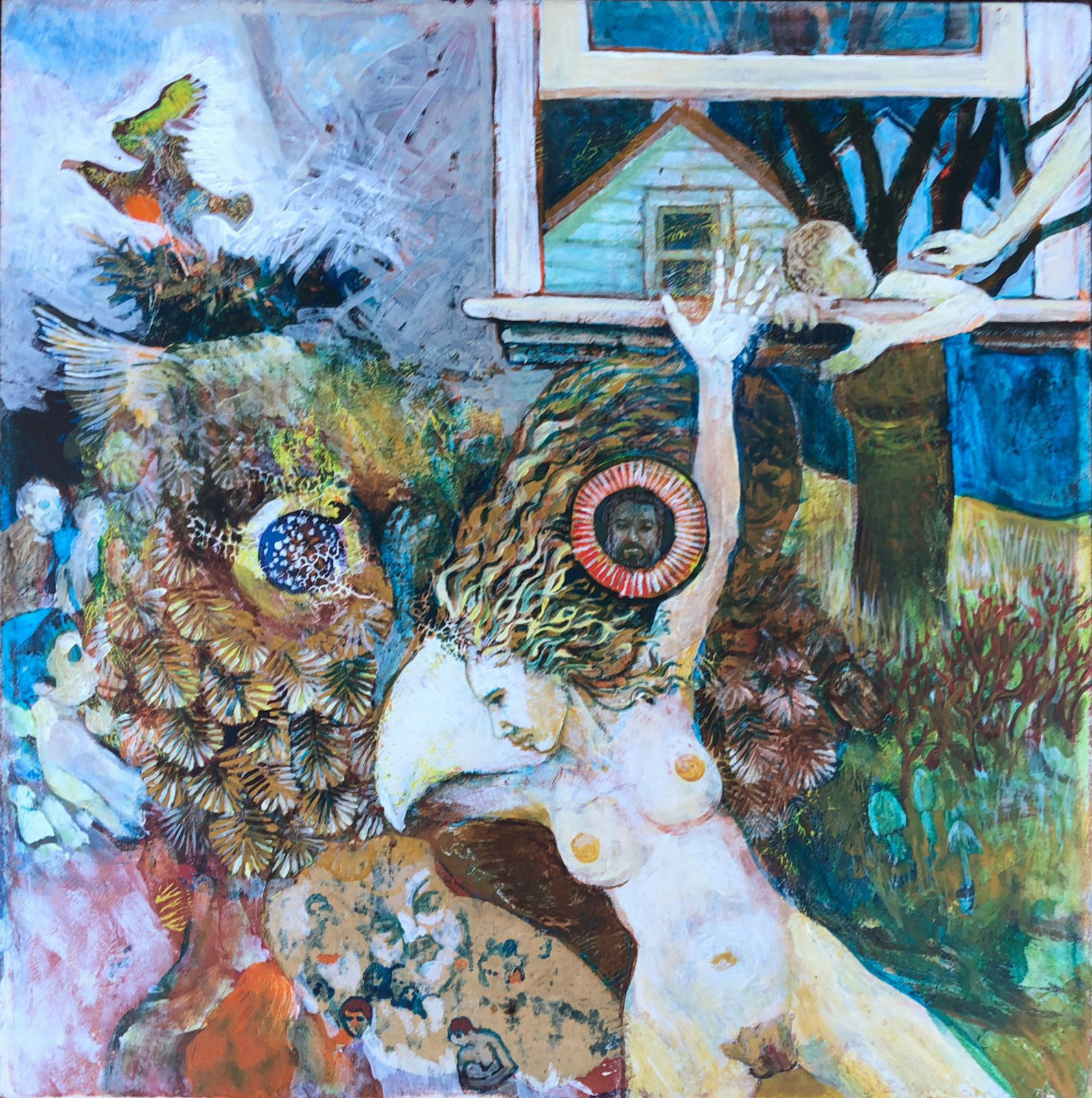 The Dream of the Owl Woman, 8×8 inches, acrylic on masonite

A vivid dream, a gift from the underworld of my mind.  It played out in my imagination at odd times over a period of three days. I wondered what it would be like, if instead of describing my dream by talking or writing about it, I said not a word, but I painted my experience. Then I began remembering my dreams and thus began a series of explorations.